Only the best restaurant I’ve ever eaten at in Bangalore.

It’s Diwali, and with that comes so much light and love and happiness for me as a Hindu. I continually learn about elements of my faith with each passing holiday, so I always have a hard time explaining Diwali to other people, but the most beautiful thing for me about Hinduism is that I feel it deep in my soul. I understand it there first, and then in my head. That doesn’t always sit well with others, but its what makes Hinduism mine. It’s why I am Hindu and not Jain or Sikh or Muslim or Jewish or anything else. I am inherently Hindu, deep through my core, and it bursts out of me in the most glorious ways. I am a human representation of the physical aspect of Diwali.

I am drawn, like that cliche moth to its mother…

In addition to writing and teaching, one of the things I do for a living is to evaluate manuscripts for their suitability for publication. I read fiction (and non-fiction) across several genres, and write comprehensive reports on the books. I try always to guide the author towards knocking his or her project into a shape that could be credibly presented to literary agents, publishers and general readers. You know how Newman and Mittelmark introduce How Not to Write a Novel by saying, ‘We are merely telling you the things that editors are too busy rejecting your novel to tell you themselves, pointing out the mistakes they recognize instantly because they see them again and again in novels they do not buy,’ well they’re right; I am one of those editors.

However good the idea behind a novel, when the author is still learning the craft of writing – like any…

Technology and Hardware: Some Sentimental Reflections

It’s funny how I still remember getting my first Game Boy. It was the original one, 8-bit in a lovely yellow colour, feeling heavy and smooth in your hand. My mum had bought it off my older cousin for about £10, and I remember feeling so surprised that she’d got me it for Christmas. I had a few games which were these wonderful plastic cartridges that you slotted into the back of your Game Boy, and you could hear the satisfying click when they were inserted properly. There was the sweet little noise it made as you switched it on, the Nintendo logo fizzling onto the screen, the red ‘on’ light glowing in the corner. The shimmering pixels and the chip tunes of game music.

I guess every generation grows up with some form of technological hardware that seems always exciting and new. Whether it’s a radio, gramophone or mobile…

I miss my mother most at five o’clock.

When I was a kid and came home after school, the TV was my babysitter — Gilligan’s Island at 3:30 followed by The Brady Bunch followed by The Partridge Family — until five o’clock came and it was time to do the few chores my mother had left for me (as fast as possible) before she got home.  I stayed with my grandparents in the summers.  My mother, if she was working the right shift, the good 7 to 3 shift, would sit for an hour or so at the kitchen table with my grandmother, drinking coffee and smoking cigarettes and gossiping, until we went home, just the 2 of us, around five.  As a teenager, I would dink around with friends after school, knowing I had to be home by five, that my mother would be waiting for me to help…

Air Travel and the Ebola Circus. 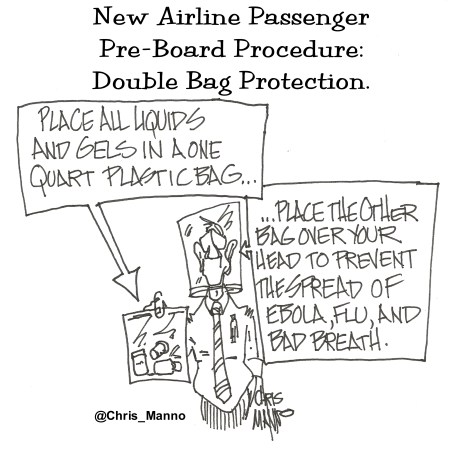 Air Travel and the Ebola Circus.

« If we couldn’t laugh we would all go insane. » –Jimmy Buffet

Government leaders are frantic to do something, anything, to assuage concern about the potential spread of Ebola. But air travel is neither the problem nor the solution.

Nonetheless, the government answer is, as in so many crises, that even doing a useless thing is better than doing nothing. So we now have « increased screening » at several airports, including JFK. But the problem is, the Ebola patient who died recently in Dallas arrived from Brussels, while the increased screening targets passengers arriving from Liberia, Sierra Leonne, and Guinea. One connection later, as in his case, the possibility of detection is beyond the « new » screening.

How to Pretend to be Fluent in Norwegian

A Frog in the Fjord 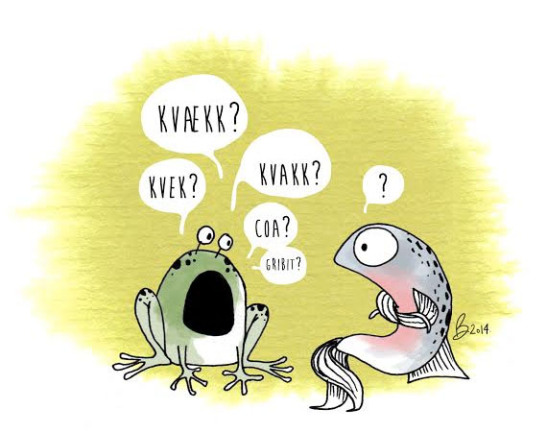 Becoming fluent in Norwegian is a long and bumpy path, full of « YEAAAHHHH I am so good at this » and « Oh my God I will never make it » moments. In the down moments, when you burst out laughing thinking THAT was a joke (sorry it wasn’t, say the eyes of your mystified colleagues), you will need some little things to keep you going. Small expressions or words that will automatically make you feel more fluent than you really are. Who doesn’t like to hear « Du er SÅ flink i norsk! » (you are so good in Norwegian!) when you perfectly know you aren’t?

This blogpost is inspired by a short article in The Oslo Eye. I made my own list of things that make me feel like I am more fluent in Norwegian. Hopefully it will be of some help for other immigrants like…

Of secrets beneath the waves

More imaginary places. I’ve blogged before about how I love to draw make-believe places, and in the last few days I’ve been doing more…

Maybe I’ll write the stories of these imagined places one day.

If you want to see more of my drawings, and some work-in-progress pics, have a look at my Instagram page.

I have a confession to make: art critics baffle me. Especially when they venture to make grand pronouncements about the right way to go about experiencing art in museums. So when I saw the title of Philip Kennicott’s piece in the Washington Post, titled “How to view art: Be dead serious about it, but don’t expect too much” I will confess that I died a little bit inside. “Sigh. Another ‘you people are doing it all wrong’ piece.” Just what the world needs, another art critic holding forth on the sad state of museums and museumgoing. But, though there is plenty of sneering, there’s also a lot worthy of discussion. And debate. Kennicott’s post didn’t stand alone too long before Jillian Steinhauer posted a reply at Hyperallergic, and Jen Olencziak a rebuttal at Huffington Post. So, let’s take a…

In Praise of Friends Who’ll Read Your Manuscripts

When students ask me what my « one piece of advice » is for aspiring writers, it’s usually: Read. But my second piece of advice — something people rarely ask for — is almost as important. That piece of advice: Cultivate a group of friends willing to read your stuff before it’s published.

I recently taught a workshop about writing book proposals, and a professional copyeditor was among my students. This was his advice, too: Don’t turn anything in ever without having at least one other person read it first. Other people can see holes in your work that you can’t. They can point out places where your knowledge and research is overwhelming your ability to see that others won’t understand something. They can tell you, whether you like it or not, when you’re not making a lot of sense to anyone who does not have your brain. (One of the other…