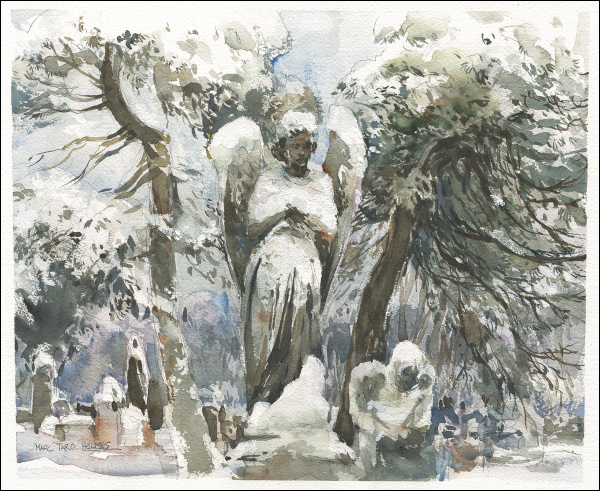 A few weeks back I was part of an Urban Sketchers art exchange. I had partners in Girona and in Sao Paulo. There were other swaps with NYC. All told, about 40 artists participated.

We each did sketches of our towns and sent them off to our partners. The drawings were meant to arrive as a surprise, so I’ve been waiting til is was safe to show these. 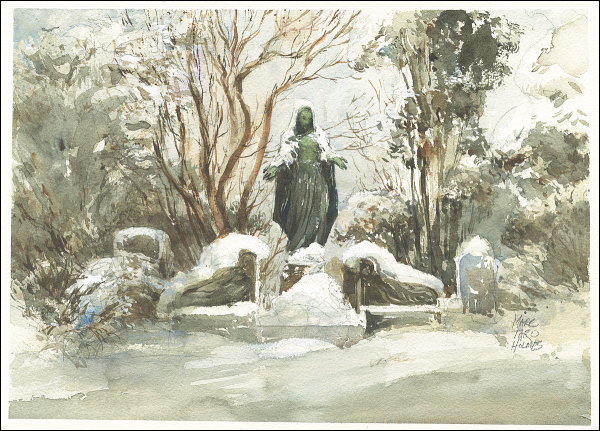 I’d been fed up with the cold and wet of winter, and was feeling envious of these guys in sunny countries. Somehow that meant I really had to paint some snow. They had to see something that could only be found in Montreal. Perhaps there’s a little northern pride going on.

We were lucky enough to get the last snow of the year that very weekend. I got up early and headed straight to Mount Royal Cemetery to get these scenes.  It was…